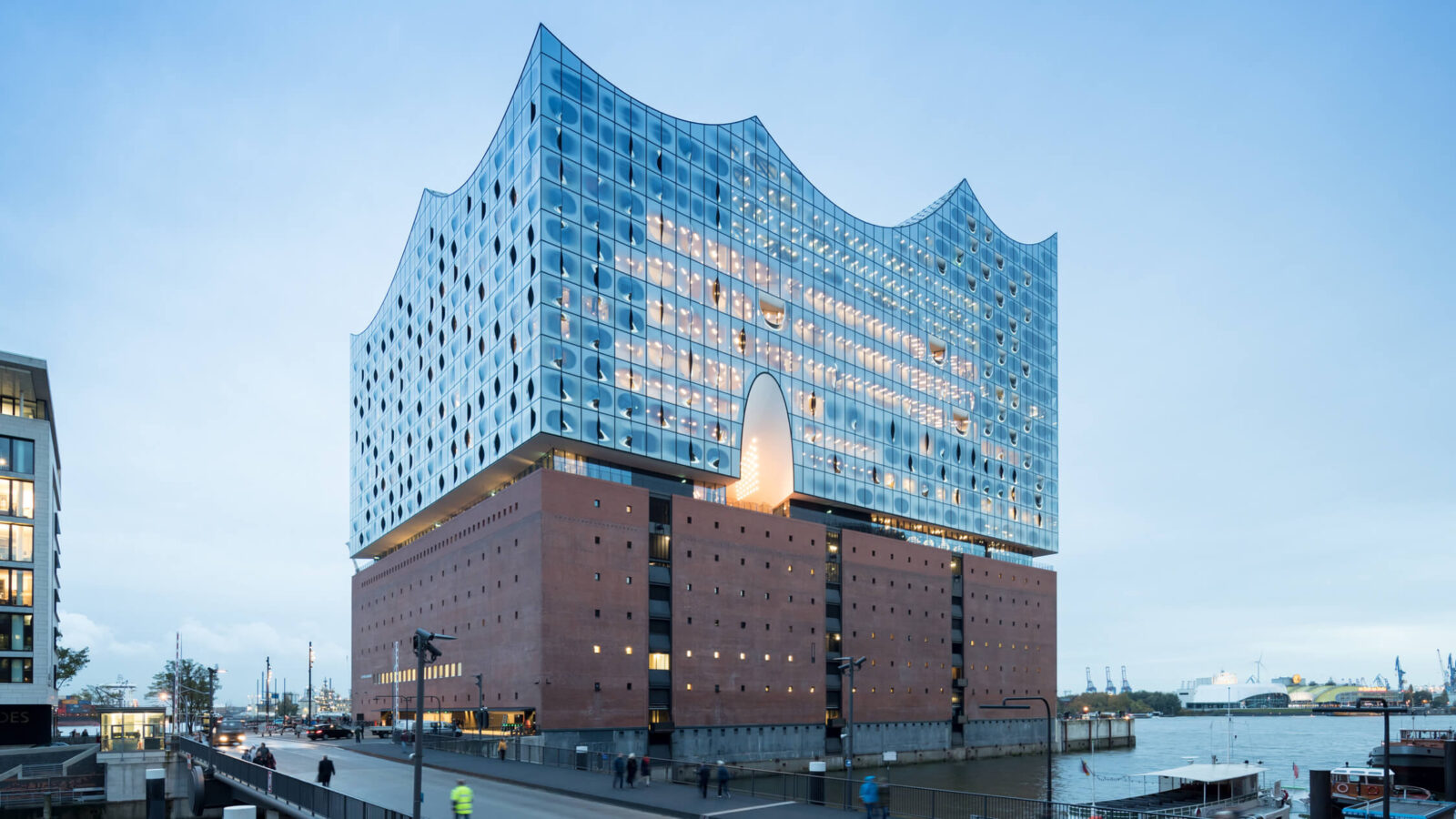 From our archives that has never before been published online, the mastermind behind the Tate Modern, the upcoming M+ Museum in Hong Kong and the new Vancouver Art Gallery discusses the art of architecture.

It was 2003. On the heels of the Swiss duo Herzog & de Meuron‘s celebrated transformation of an old power station on the bank of the Thames into what is now the Tate Modern (turning 20 this year) and two years after they claimed the Pritzker Prize, Jacques Herzog (one half of the award-winning firm) sat down with Azure at the opening of the exhibition “Herzog & de Meuron: Archaeology of the Mind” at the Canadian Centre for Architecture to discuss, among other things, the innate appeal of transforming architecture.

Long before their collaborations with Ai Wei Wei for the 2008 Beijing Olympics, the studio’s work with fashion giant Prada, the M+ Museum opening in Hong Kong later this year and the ongoing Vancouver Art Gallery taking shape on Canada’s West Coast, we revisit the words of the award-winning architect who considers his structures as indexes that “reveal the way we can live together and document, like the circles on a tree, what phases we are going through.” And, what the lightness that characterizes much of their oeuvre means in a time of political uncertainty.

This story, from Azure’s archives, has never before been published online. It’s one of many exclusive interviews we are making available on the occasion of our 35th anniversary. 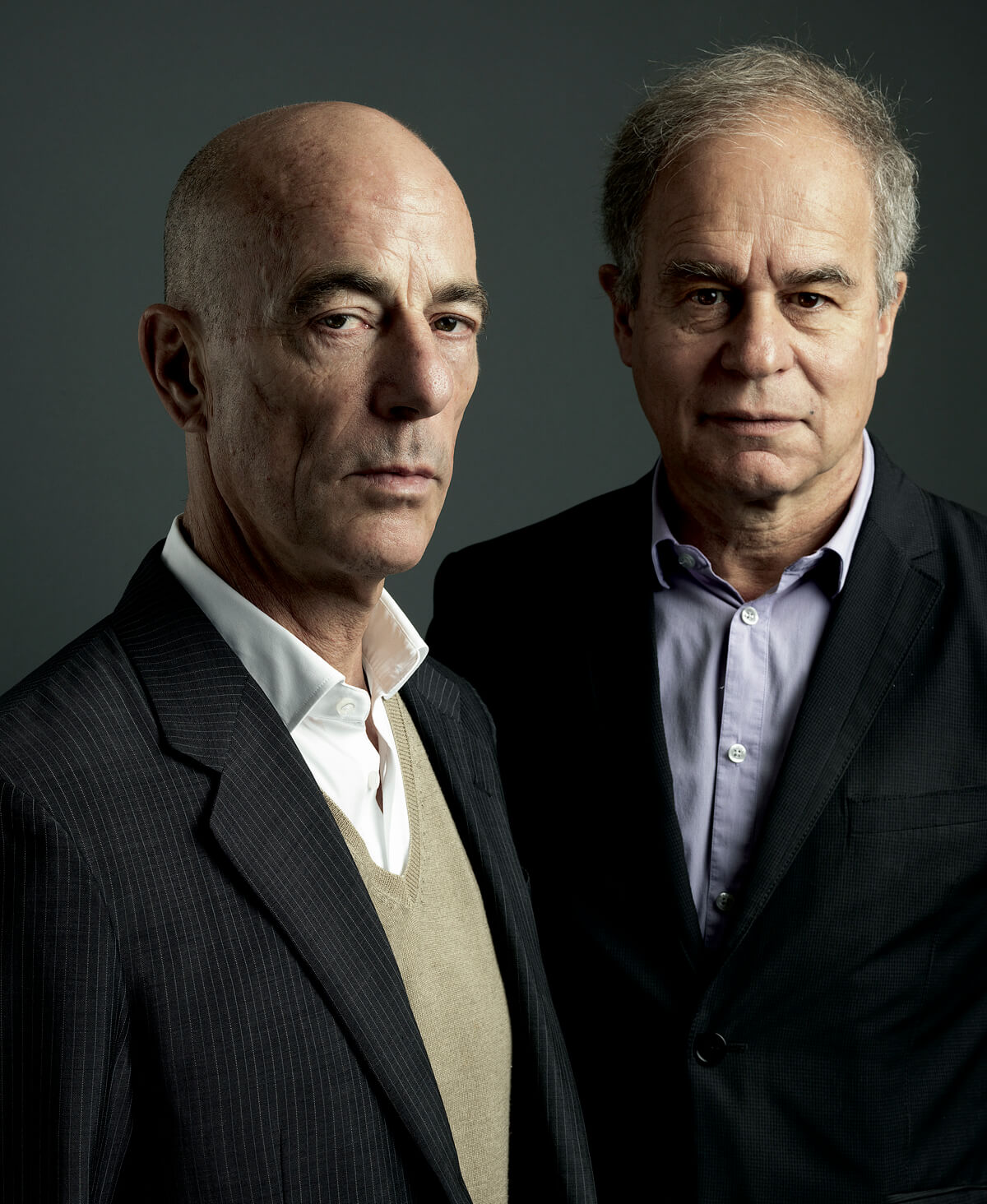 Jacques Herzog (left) and Pierre de Meuron (right) founded their collaborative studio in 1978 and were awarded the Pritzker Prize for Architecture in 2001.

There’s a tendency for architects working at a high level to be reduced to a singular marketable quality, but your work seems to resist this. How do you fit into the world of the star architect?

I think star system is a consequence of the globalization of everything, including architecture. It takes away commissions from the “normal” architects, who exist in every city, and gives the most interesting jobs to stars. A mass of projects is also taken away from the normal architects and given to huge corporate firms. The result is that we have very mediocre generic architecture on the one hand and more spectacular on the other side, built by so-called star architects, which is a group of 10, 20 or maybe 50 people all over the world

Now, if you belong to this group of people who get the most sophisticated projects all over the world, what do you do with this? We decided from the beginning to do things that are very specific for the site, for the client, for the culture, changing very often – that’s why buildings don’t look the same. This is the way we work and have always worked, without really choosing it consciously. Increasingly, it became a conscious choice, because it’s more difficult to enter the market and be recognized. But once you are, like we are now, it gives us a lot of freedom. 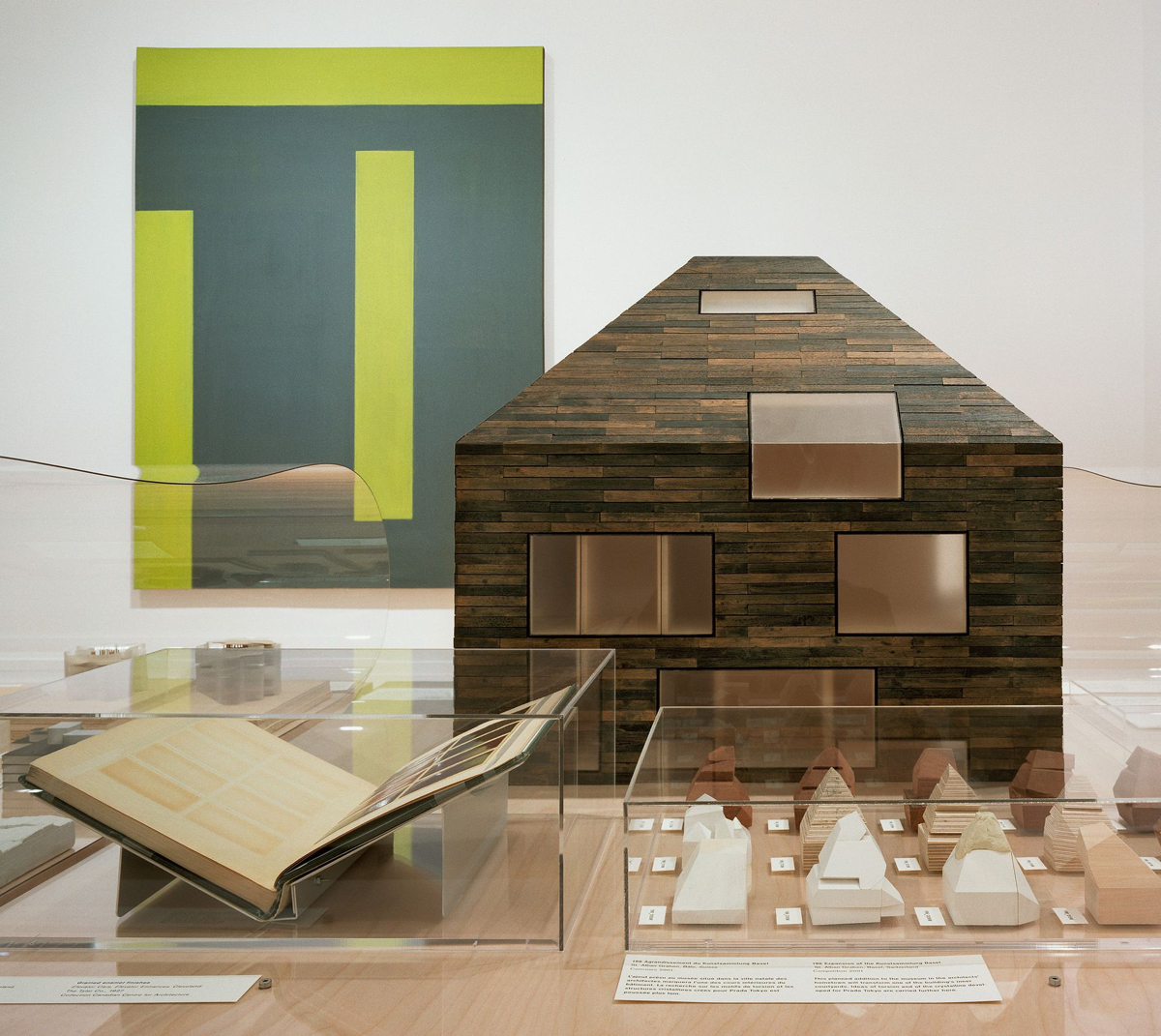 The 2002 – 2003 show “Herzog & de Meuron: Archaeology of the Mind,” curated by Philip Ursprung at the Canadian Centre for Architecture, explore the pair’s architecture as a fundamentally artistic practice. PHOTO: CCA
We decided from the beginning to do things that are very specific for the site, for the client, for the culture. This is the way we work and have always worked.
Jacques Herzog

Your architecture has been very influential to other architects, who find inspiration in the virtuosity, clarity and control of your work. What is both seductive and slightly disconcerting about seeing your work exhibited is the absence of any sign of the inevitable struggles.

To create something is a huge effort, but to express this effort would be kitsch. We could describe in more detail how we come to solutions, but that would be another strategy for a show. This show does not pretend it’s the only possible way to show work.

From a distance, the 2015 New Bordeaux Stadium appears like a forest of slender white trunks surrounding a floating bowl. Although it looks impossibly light, the stadium supports seating for 42,000 fans. PHOTO: Iwan Baan

When you take architecture out of the realm of pragmatics and showcase it as an “artistic” art, is there not a danger of misrepresenting the degree of aestheticism involved in the process?

We don’t remove the pragmatic side. Would you call a shell that you find in nature not a pragmatic form or a pragmatic thing? Our work is highly pragmatic, actually. It’s not all based on aesthetic issues. The exhibition shows the evolution of form. It never shows just one singe form – here it is, in all its beauty. Not one single piece is like that. They’re all in series, showing that there is a struggle, and doubts, hesitation. 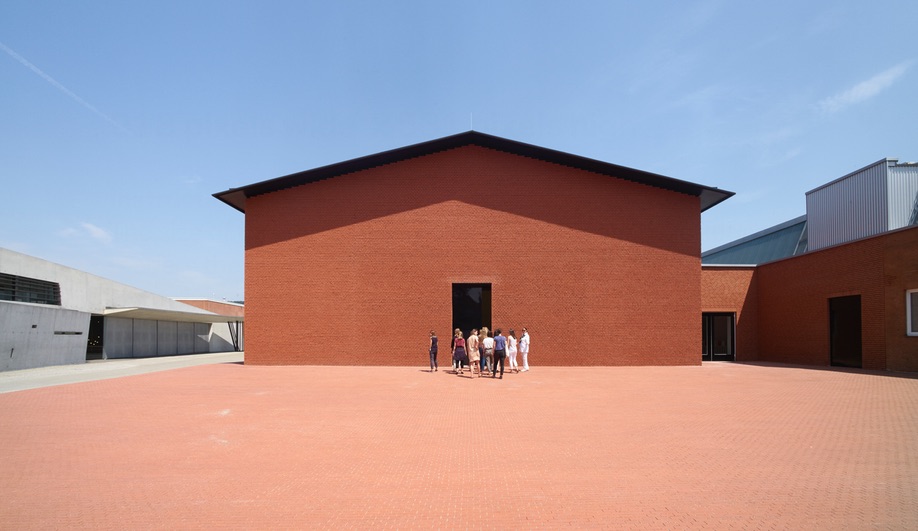 Do materials have symbolic meaning for you?

I think symbols are like cemeteries, like something that tries to squeeze or fix you in some way to look at things. You may find some symbolic things in our work, but very little, actually – whereas other architects give more weight to such issues, which is okay but not for us.

I’m a little frightened by symbols, by old things, by photography. I’m very much intrigued by photography, but I also have a problem with it. If I look at photographs of my own life and friends, you can see the decay, the decline of life. Photography is about death, actually. Which is interesting but also frightening for everybody. Also reassuring and comforting because you know that everything ends, everything is subject to this kind of life span. So is our architecture, and so are these natural objects. That is important for me. But fixing it in photography, fixing it in a show by saying this is how you should look at it, this is worse for me because this is like saying I am dead already – because that’s how I was or that’s what I wanted to say. I try to escape that. I try to keep it open as long as possible, because there’s always a new way you can understand form. Also a building, and you can transform it in the future – just as we transformed a power station into a museum for the Tate.

There is a lot of architecture produced that is really to throw away, but it does have this potential – to remain important for generations and be the subject of transformation, reinterpretation.
Jacques Herzog 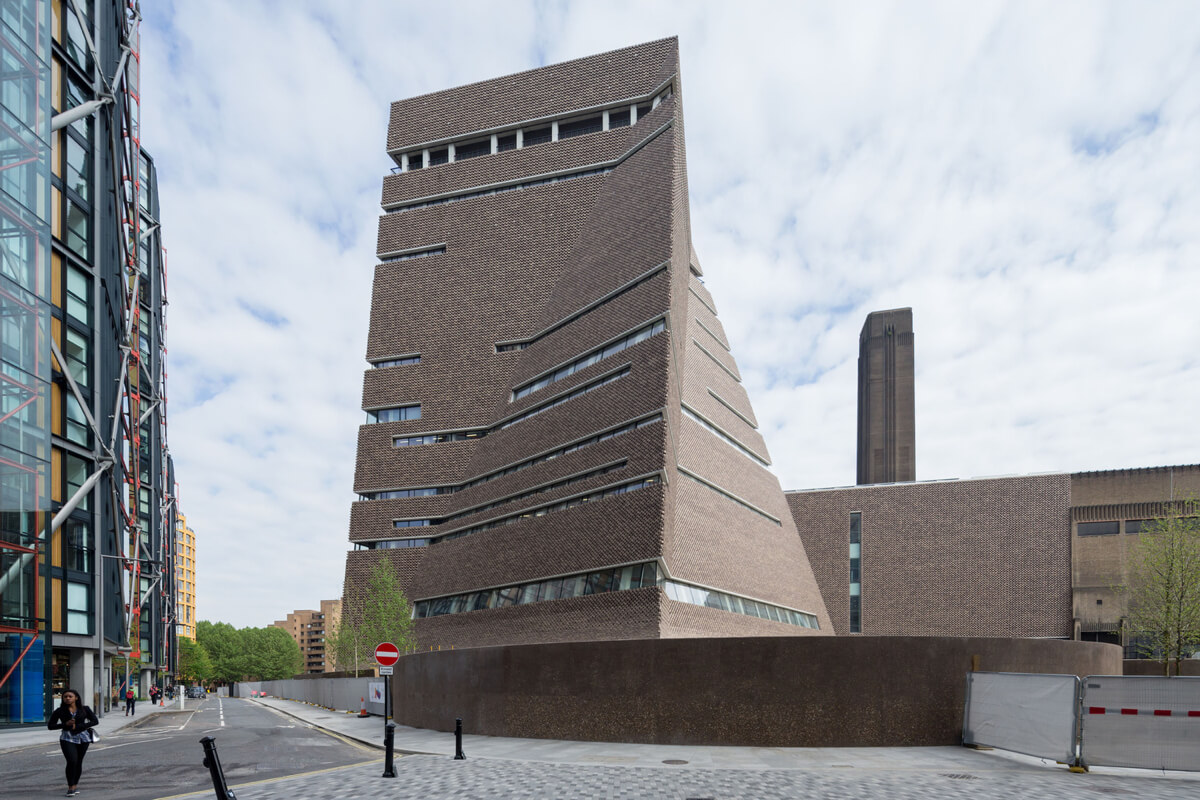 Though their celebrated conversion of the Bankside Power Station into the Tate Modern opened in 2000, the Swiss duo were invited back to expand the museum with the brick-clad switch house, which welcomed its first visitors in 2016 and boosted the size of the institution by 60 per cent. PHOTO: Iwan Baan

Is architecture the most forgiving medium to remaining open, resisting entropy?

Very few buildings have the potential to be transformed, to want to be transformed, because there are not so many good buildings. But ideally architecture has this potential. I think its great to have a city with a collection of buildings from all possible periods. They need this kind of transformation. There is a lot of architecture produced that is really to throw away, but it does have this potential – to remain important for generations and be the subject of transformation, reinterpretation. 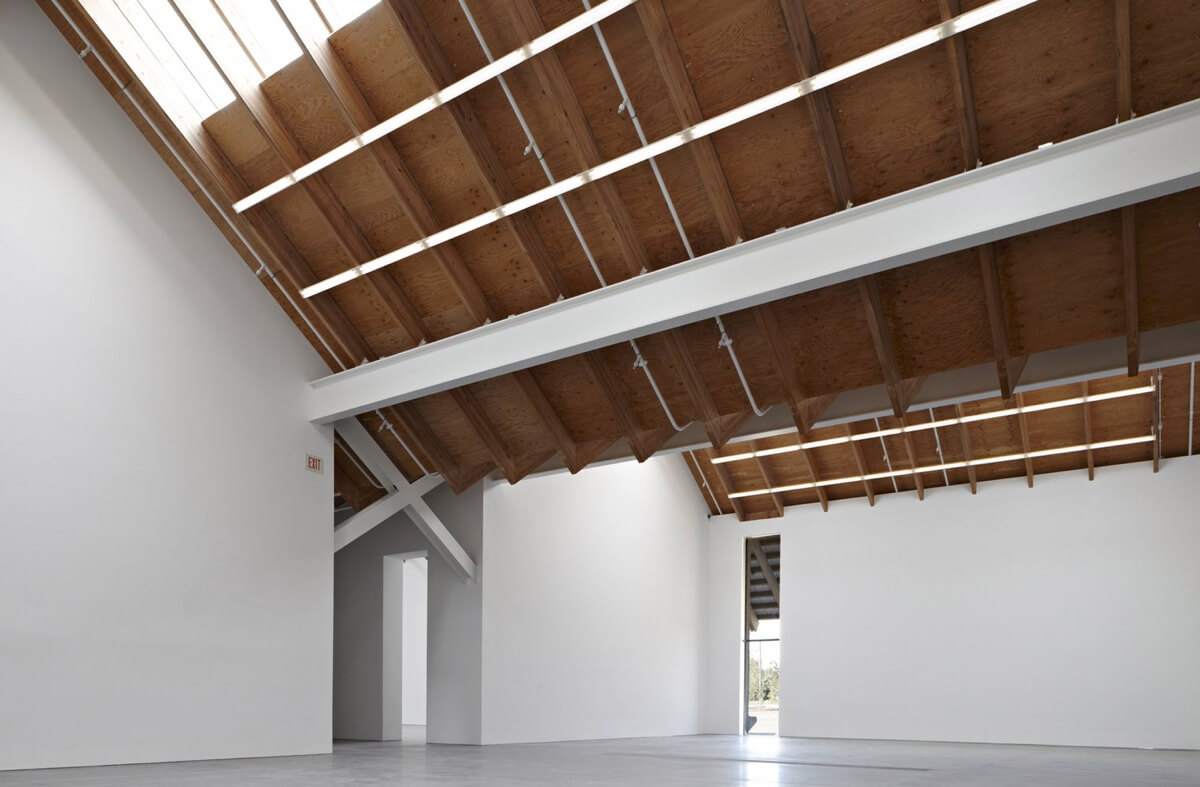 In 2012, the Parrish Art Museum in Water Mill, New York inaugurated, defined by a dramatic intersecting canopy that borrows its form from the rooflines of local barns. PHOTO: Matthu Placek

It’s interesting that a lot of the work throughout your career is preoccupied with a notion of archiving. There’s a beautiful parallel between the way the exhibition has been curated and the sense of compressing layers of history into physical space. How did that come about in your work?

I like to arrange things and to store them away so they are out of my view. That’s a reason, perhaps. I keep my drawings, even if I rarely look at them again. It’s maybe interesting to document a process later. The interesting thing was the mental process, the intellectual process when we designed, but we keep the drawings so we can make a show. It would make me freer, perhaps, to throw it all away, all signs of evolution and of history. That’s also why I call it waste, in one of my texts. I could say it’s shit in fact; it’s not far away. I don’t say this in an indecent way – it like shit because it’s a product of digestion. To digest on the way to go somewhere is a very human and organic kind of expression. All these objects are testifying these vital processes of the past. That’s why, in fact, they are not so important to me anymore, because I’m much more interested in what I do next. 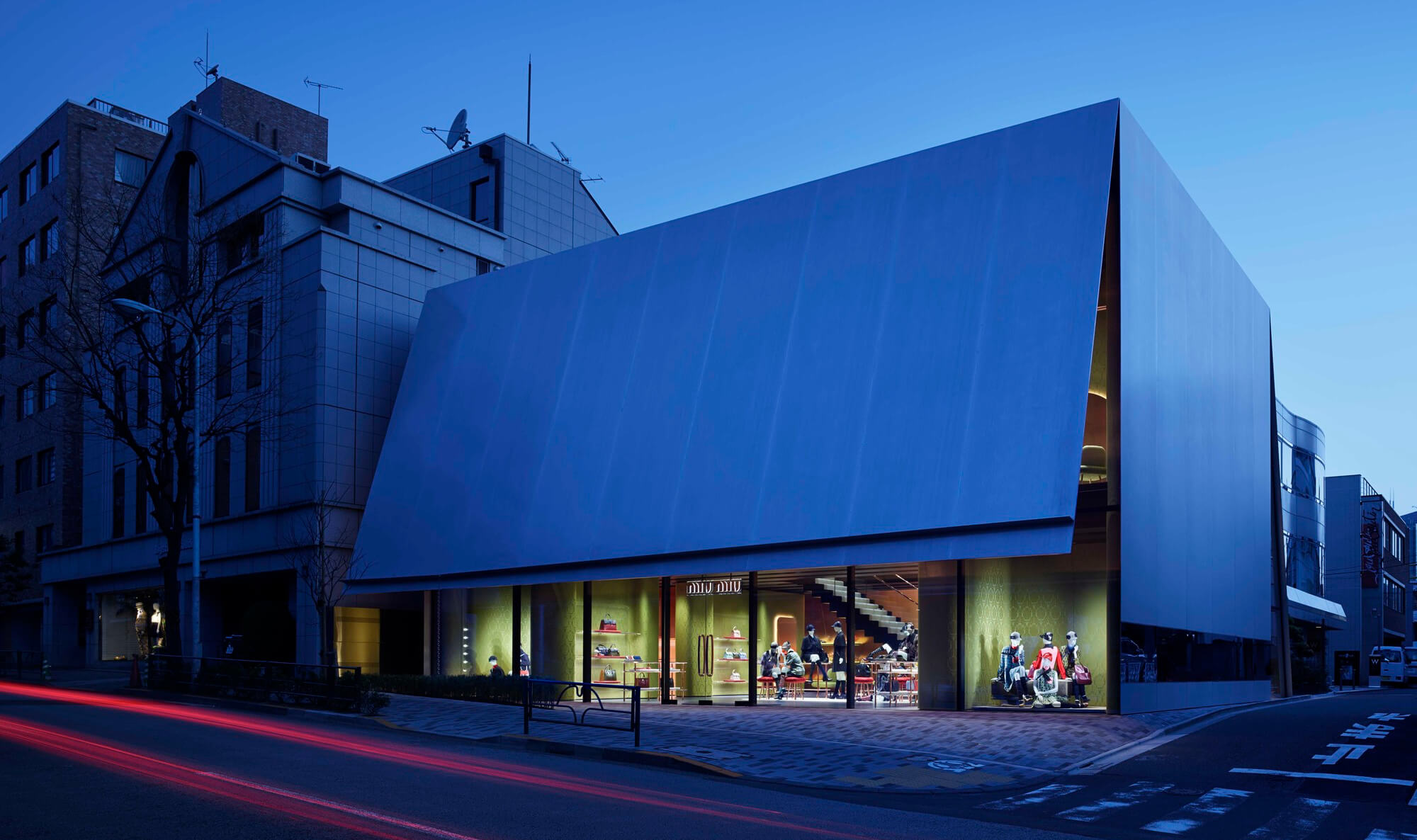 And what will you do next?

Many things. We’re working on 40 projects at the moment, all over the world – the de Young Museum in San Francisco, the expansion of the Walker Arts Centre in Minneapolis, a new flagship Prada Store in Tokyo and a Soccer Stadium in Munich. 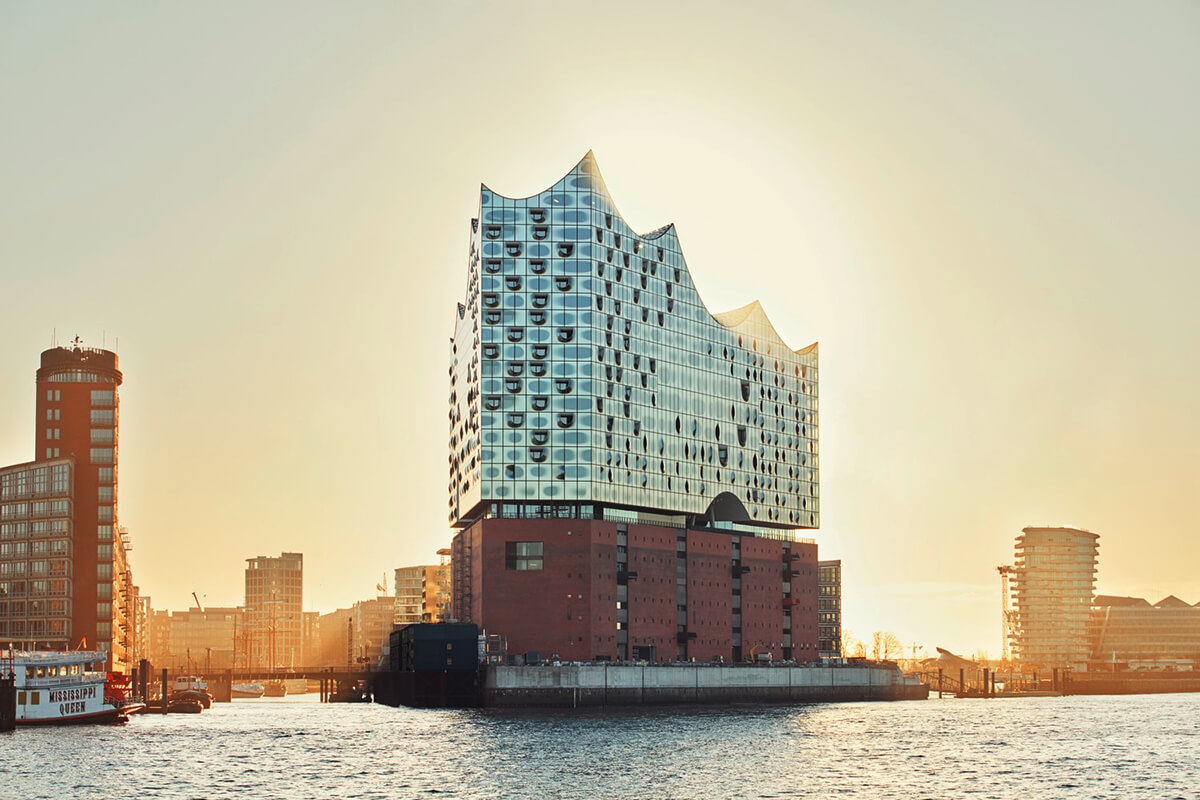 After nearly a decade of construction, Hamburg’s Elbphilharmonie opened in 2017, transforming a former harbourfront warehouse in a state-of-the-art venue. PHOTO: Iwan Baan
Lightness is not necessarily what I would take as the most specific quality of what we’ve done so far. It’s one moment. I like gravity also.
Jacques Herzog

Is it harder to work now, as an architect who believes in the lightness of things, in the politics of our time, with its sense of defensiveness and need to fortify?

What you’re saying here is a tough question. It’s scary how the world changes, and architecture is relatively unimportant compared to those questions. Cities and urbanism always reveal the way we can live together and document, like the circles on a tree, what phases we are going through. It’s true that if we had to express in architecture what is happening now, we would draw up and build bunkers – also metal bunkers. Architecture cannot make a contribution to that. We shouldn’t be naïve.

But it’s very important to reflect it, to think about it, to think in ways that we can make life more attractive, more pleasant, easier, with all the givens, whether we are cavemen or whether we live now or whether we live in a war period. We cannot dictate those situations, but we have to find ways to deal with it, somehow. And the  lightness is not necessarily what I would take as the most specific quality of what we’ve done so far. It’s one moment. I like gravity also.

From our archives that has never before been published online, the mastermind behind the Tate Modern, the upcoming M+ Museum in Hong Kong and the new Vancouver Art Gallery discusses the art of architecture.