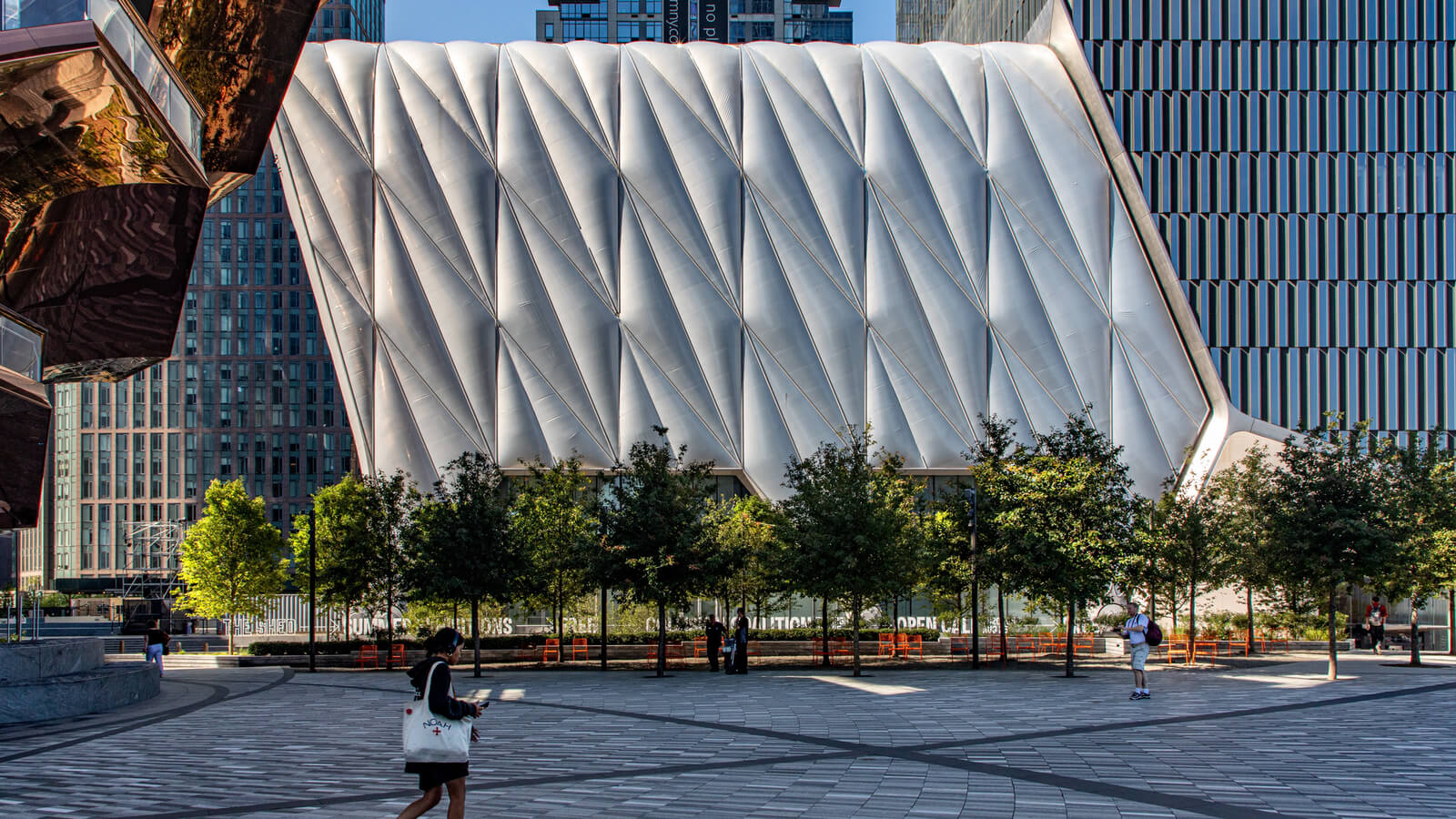 Thomas Woltz Restores Ecologies One Landscape at a Time

At the vanguard of global landscape architecture, the New York-based designer is a specialist in restoration ecology, although there’s nothing at all retrograde about his dynamic work

When Thomas Woltz talks about how people, nature and the built environment can live in harmony, he has the examples to back it up. His firm, Nelson Byrd Woltz Landscape Architects, has become one of the foremost landscape design studios in North America through its deft execution of a wide variety of projects, including major urban parks (such as Hudson Yards Plaza in New York City, Centennial Park in Nashville and Memorial Park in Houston), public gardens (the Aga Khan Garden at the University of Alberta) and even private farms (12-square kilometre Orongo Station, a sensitively restored sheep farm — and 2018 AZ Awards winner — on the eastern coast of New Zealand). 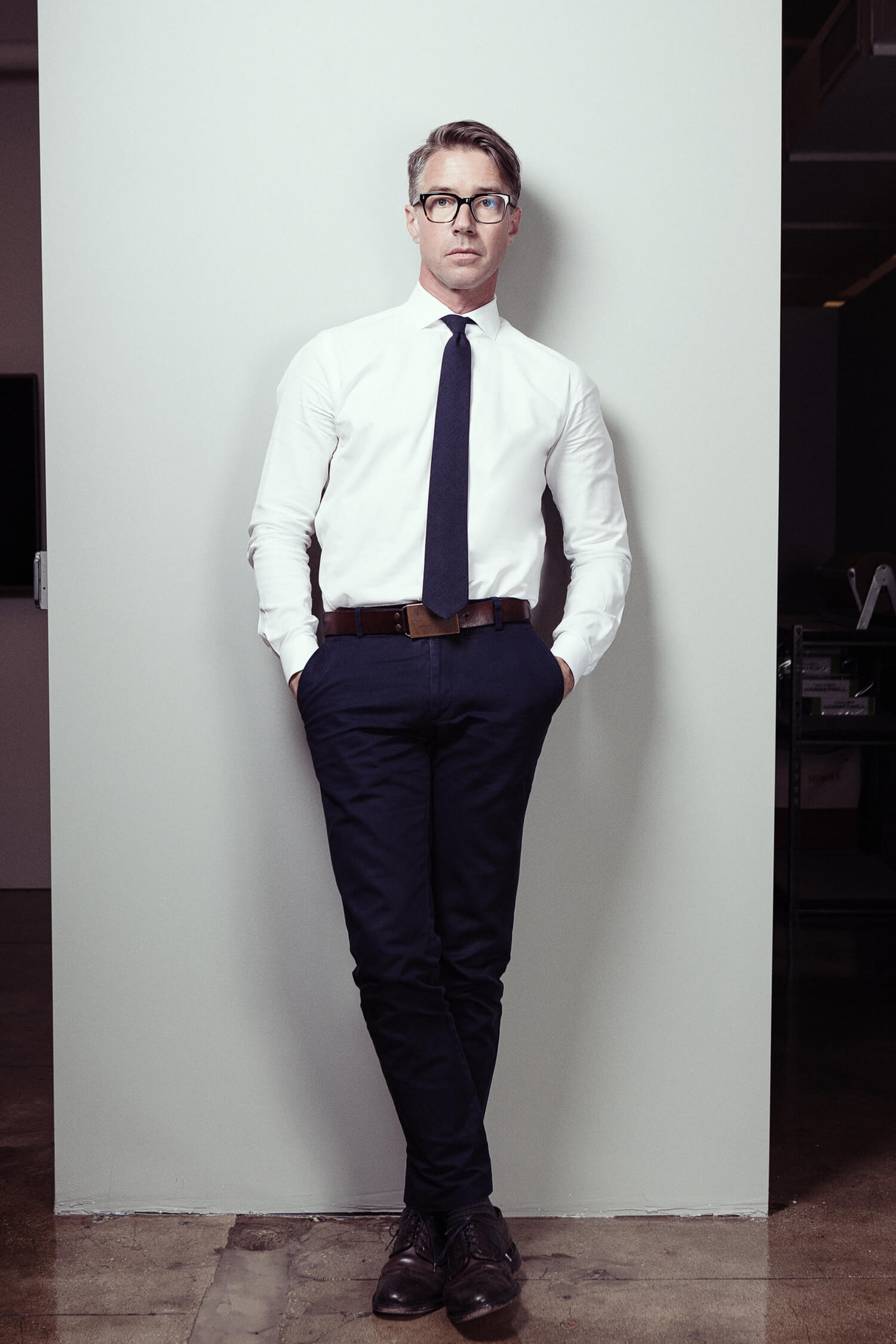 Before falling for architecture’s more down-to-earth sibling, Woltz studied and worked as an architect, too. After returning to school to earn his master’s degree in landscape architecture from the University of Virginia, he went to work for one of his professors, Warren Byrd, who ran a small firm with his wife, Susan Nelson. Woltz became a partner in 2004 and, when Byrd retired in 2013, took over the practice entirely.

Not long ago, Azure sat down with Woltz in his Manhattan office (the firm has others in Houston and in Charlottesville, Virginia) to discuss his mission, his methods and the results so far.

You’ve said your work is focused on “restoration ecology.” What does that mean and why is it important?

To me, restoration ecology is the fruit of looking very carefully at the way a system functions. It’s not trying to envision an Edenic stasis of an ecology frozen in a moment of prehistoric time, but rather recognizes that an ecology is in constant evolution and movement. I think it’s important to acknowledge that landscape architects are holding, guiding and perhaps restoring a system. It’s not about creating an exhibit, like a nostalgic 19th-century-style showcase of a wetland. Rather, it’s about restoring the conditions that will allow the site to function at the highest, most biodiverse level.

Do you assume that a majority of the landscapes you work in have been previously damaged?

Yes, particularly the agricultural landscapes. Our firm’s work is about 70 per cent public parks around the world, 20 per cent conservation agriculture and 10 percent cultural institutions like museums and university campuses. The agricultural landscapes that we arrive at are often severely damaged. And many of the public parks are also damaged through lack of maintenance. In the United States at least, we have a crisis of ever-shrinking municipal budgets for the maintenance of landscape.

I think nature is too often considered optional or that it will sort itself out, even though we have urban ecologies that have been compromised through development, abuse, neglect, invasive plant pressure or any of the many other perils that face the contemporary landscape.

It’s about restoring the conditions that will allow the site to function at the highest, most biodiverse level. 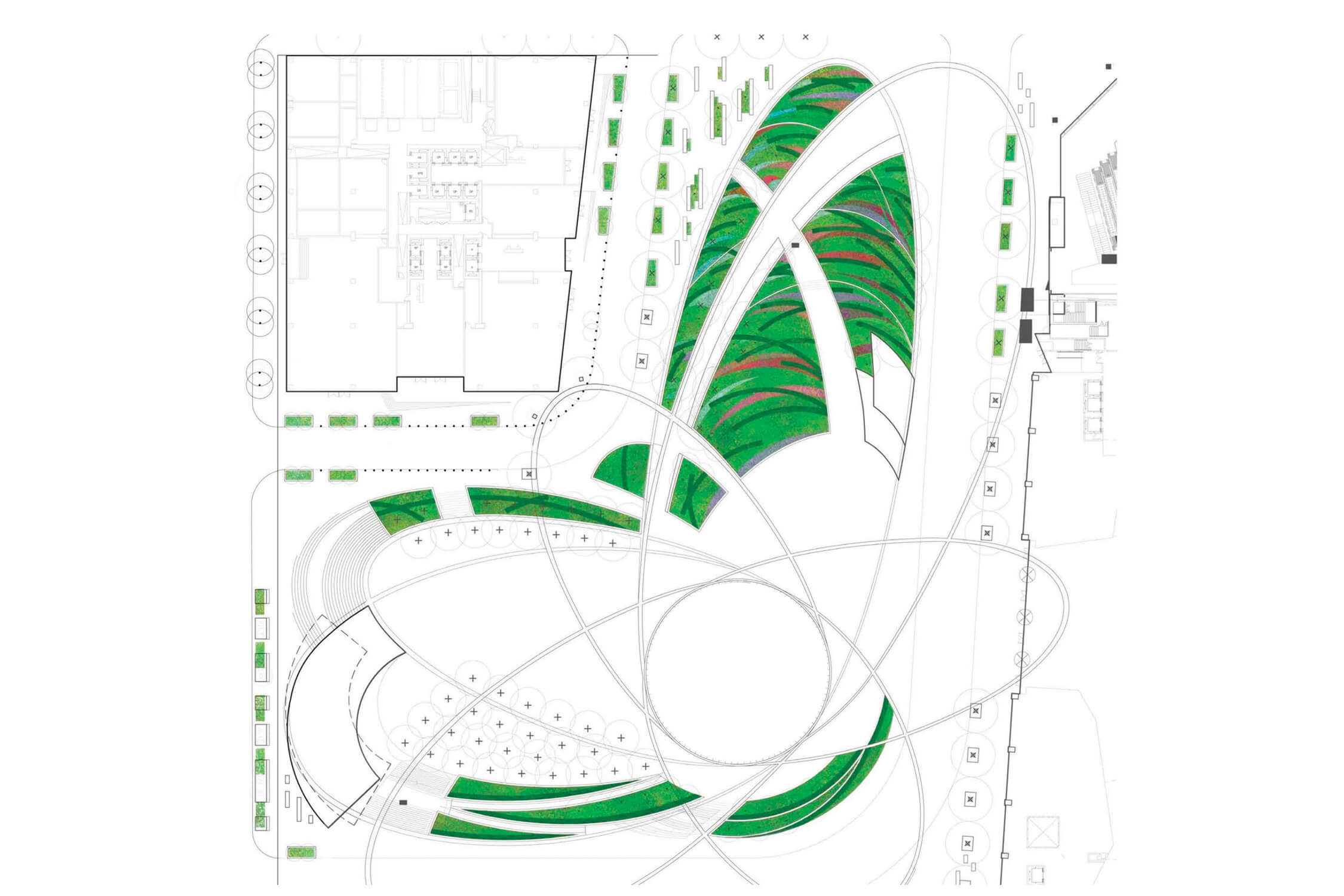 From The Shed to The Vessel, the structures of Manhattan’s Hudson Yards have attracted the lion’s share of critical attention, but it’s the public spaces by the firm of Thomas Woltz that links them all. Covering 2.4 hectares, Hudson Yards Plaza, as Woltz’s contribution is known, evokes the layered landscape of the Hudson Valley north of New York City.

Can nature and modern society coexist in a mutually beneficial way?

The way culture and ecology are seen as opposing forces is perhaps part of the reason why we’re in such a pickle today. I see it quite differently. With every place that we know, every settlement, there was something that attracted people — natural phenomena such as geology, minerals, great soil, poor soil, clean water, powerful water or solar aspect. People then had an impact on that ecology, and that ecology had an impact on them. And they both recalibrated. There is actually a dance between culture and ecology. When we see ourselves as a dance partner between culture and environment, and take responsibility for the systems that have served us so well, there is hope.

Can you describe your design process?

The heart of our design process is to look at this continuum between ecology and culture and to sift out stories from the land. It’s in this process of uncovering the deep history of a site that we start to find the clues to how the public landscape can be authentic to that place. We ask, “What happened on this piece of land that allows you to know you are in the public landscape of Nashville, rather than Houston, New York City, Toronto or Auckland?” Then, we use our tools as designers to create a contemporary iteration of that landscape that holds both the stories and the future of the people of that city.

The heart of our design process is to look at the continuum between ecology and culture and to sift out stories from the land. 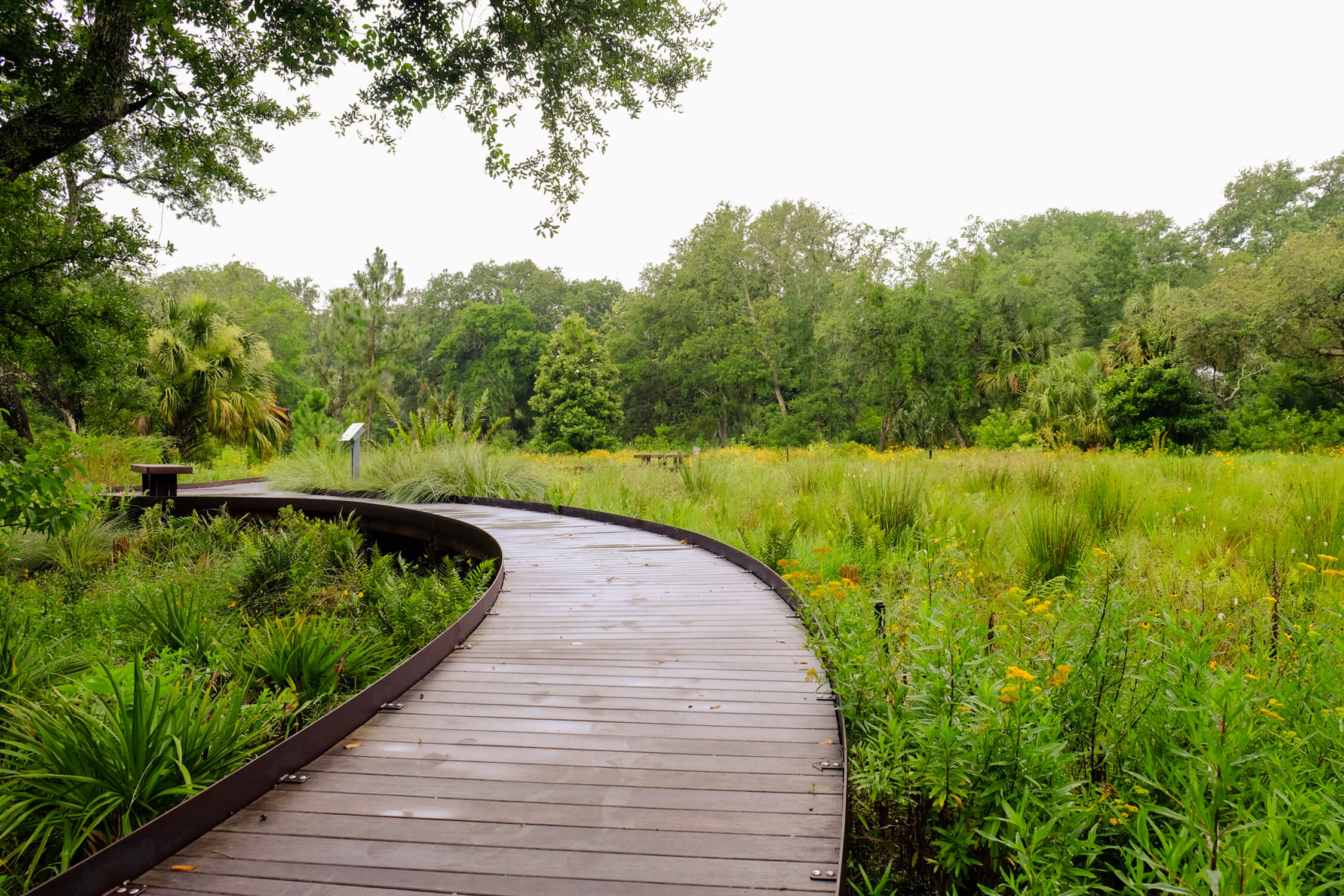 How does that apply to New York City’s Hudson Yards Plaza, 2.4 hectares of public space atop an enormous new platform covering more than 11 hectares of train tracks?

The idea to cover the open-air tracks was a powerful one that would actually create more city and actually allow the public to access this previously inaccessible place. The city planning mandate was that 50 per cent of the entire development had to be publicly accessible landscape, which yielded the largest public space in Manhattan in a century. We engaged in exactly the same process we normally do, even though the site didn’t really exist — it was 7.6 metres in the air.

We looked at the incredible 2013 book Mannahatta: A Natural History of New York City, in which the authors reconstructed the island of Manhattan as it would have been in the 1600s. Looking at those maps, we saw that the site was actually the confluence of multiple creeks and a low flat marsh, which is probably why it was a rail yard: There could be huge docks that went right into the Hudson River. We also found that this was where construction began on the first tunnel that connected Manhattan to the rest of the United States in the early 1900s; the drill site was the centre of the Eastern Yard.

So our concept was to build a double helix tower [which later evolved into Thomas Heatherwick’s Vessel] to celebrate that audacious engineering. We also used large ellipses to connect the building entrances to the centre, and give a very gentle, ever-curving counterpoint to the crystalline structure of the buildings. This creates the plaza, the grove and the north gardens.

Horticulturally, we looked at the shade conditions created by the buildings and we asked, “What New York ecology has that much shade along with seasonal flowering plants?” One answer was the upland Hudson Valley forest. So, some 200 trees and 30,000 shrubs and perennials later, we created a real ecosystem that imitates the layered structure of the Hudson Valley forest. Only the shade here is created not by the high canopy of the woods, but by 1,000-foot-tall skyscrapers. 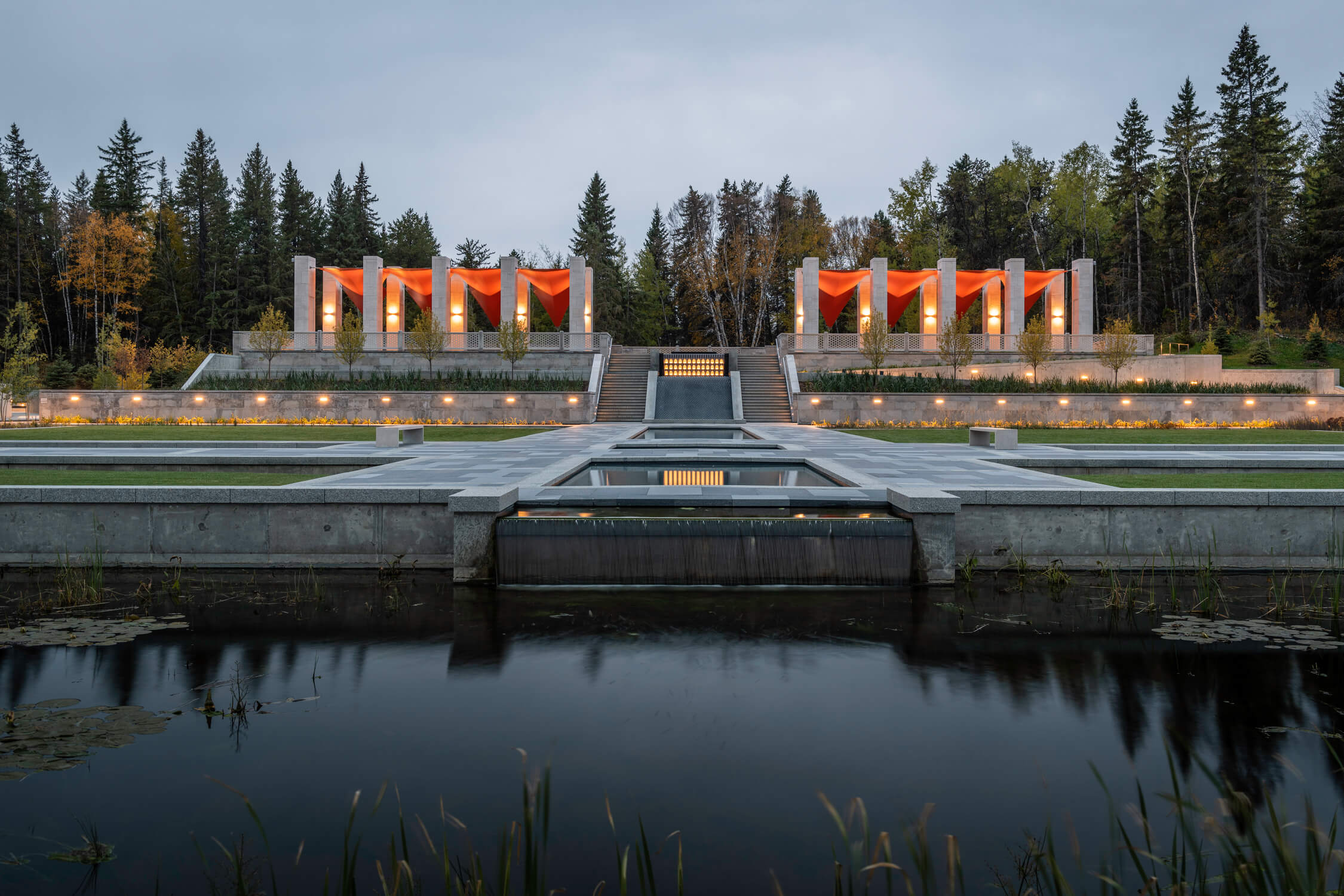 What about the Aga Khan Garden at the University of Alberta?

The brief was for it to be a 21st-century interpretation of the Islamic garden, which has been in the continuum of history for nearly 2,000 years. But how does a 21st-century Islamic garden feel relevant to everyone, not only Muslim people? That was a tall order, and an incredible task. Again, we engaged in deep research. We visited Mughal gardens in India.

And we discovered that the roots of the traditional Islamic garden are in forms associated with agriculture, which are used to deliver water to plants in extreme climates: a chadar, which is a sheet of highly sculpted stone that water cascades down; cisterns; planting beds; and canals. So, the roots of the garden of paradise are not in luxury and repose, but are in productive landscapes.

We also asked ourselves, “What if the Aga Khan Garden became a productive garden for rare wetland plants that do not have seed banks available for restoration ecology in Alberta?” Given the disturbances from oil exploration in the province, there are no great supplies of native reeds, rushes and sedges. With the highly calibrated water system of the Aga Khan Garden, we can produce seeds that become almost an allegory of the positive radiating influence of love, which is a fundamental message of Islam.

To me, a highly functioning, ecologically rich agricultural system is a thing of beauty in itself. 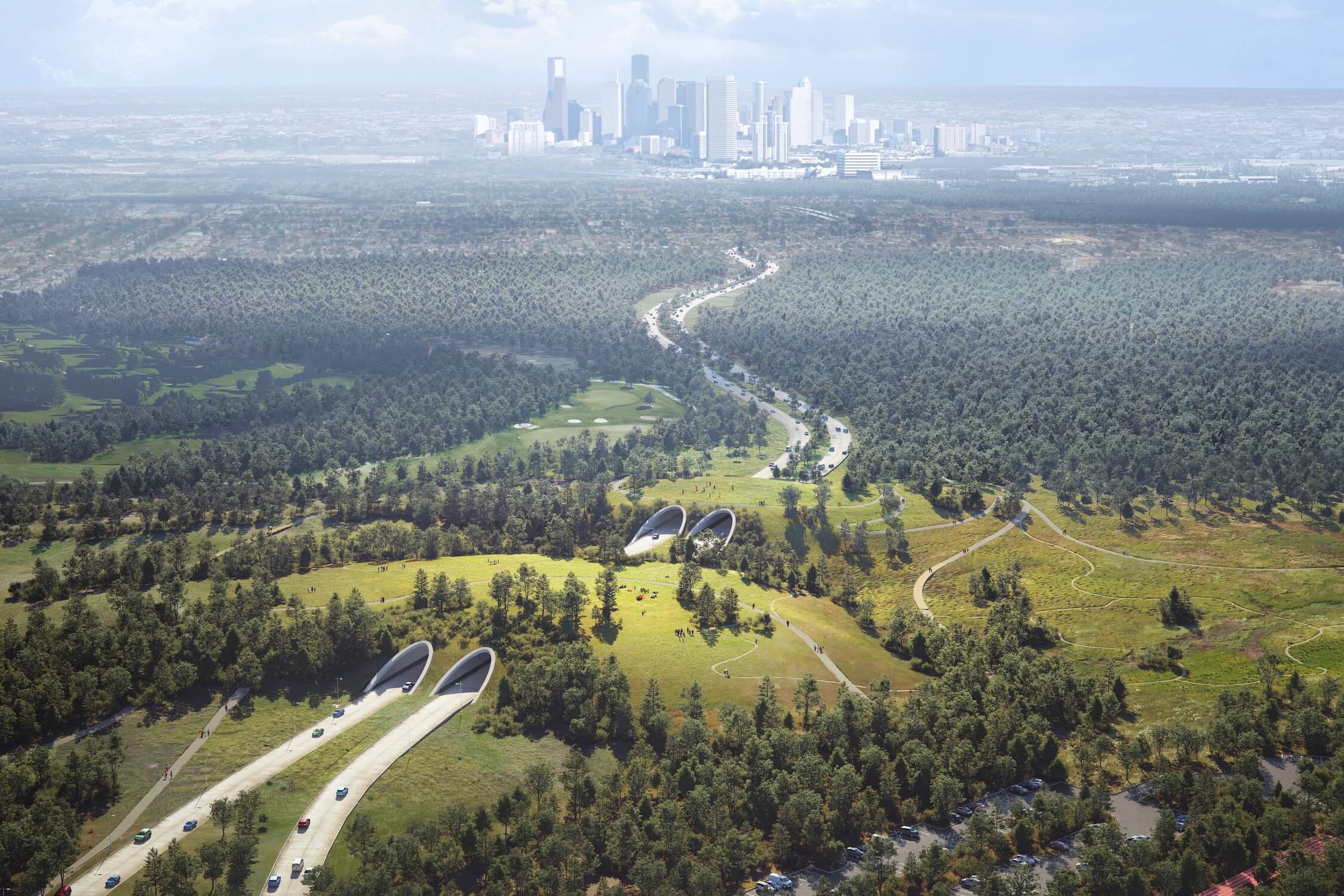 Resilience is among the main goals of Nelson Byrd Woltz’s ongoing work at Houston’s sprawling Memorial Park. Much of it will also remediate damage caused by drought and by Hurricane Ike in 2008.

Your focus on agriculture through your firm’s Conservation Agriculture Studio is somewhat unique among landscape architecture studios. Where does that interest come from?

My interest in farmland comes from the fact that I grew up on a 202-hectare cattle and tobacco farm in western North Carolina. The idea that what you do to the land has long-lasting ramifications for generations beyond your tenure was always impressed upon me as a child. And, when I graduated, I saw reports that the largest contributor to non-point source pollution in the United States was agriculture.

To put it simply: When the way you’re feeding yourself is killing you, you have a dramatic problem. I had an awareness of geology, hydrology, horticulture, arboriculture and design, as well as grading, drainage, civil engineering and road design. I realized farmers could use these things. The productive landscape could use our toolkit to reduce this heavy footprint of pollution in the American landscape.

That has evolved into nearly 81,000 hectares of productive land we have designed in forestry, crops, grazing and orchards. But we don’t aestheticize farming. To me, a highly functioning, ecologically rich agricultural system is a thing of beauty in itself.

At the vanguard of global landscape architecture, the New York-based designer is a specialist in restoration ecology, although there’s nothing at all retrograde about his dynamic work