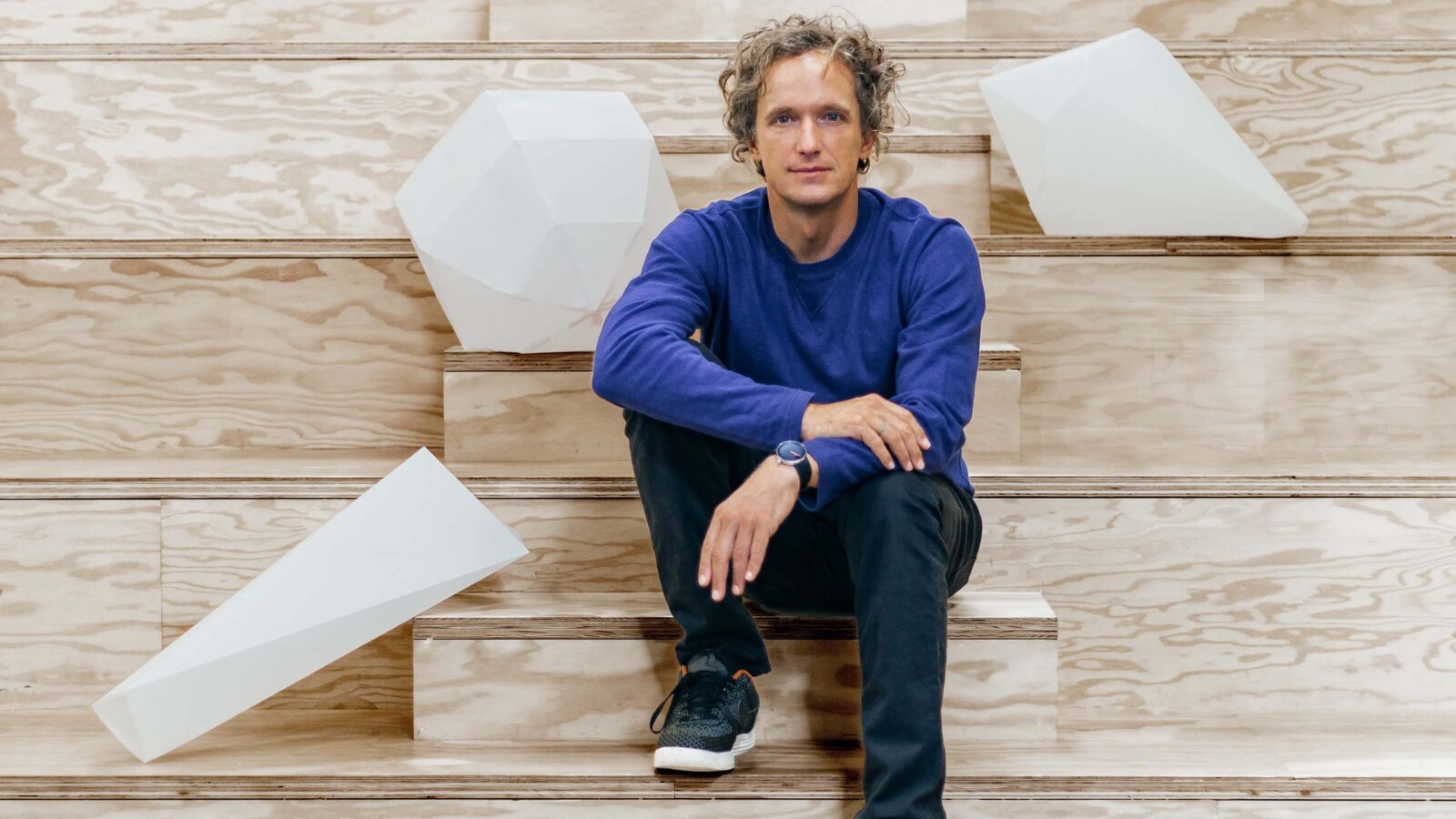 After two decades as the tech world’s designer of choice, Fuseproject’s Yves Béhar is moving from gadgets to ecosystems, smart homes to whole neighbourhoods.

Since establishing his San Francisco studio Fuseproject in 1999, Swiss-born product guru Yves Béhar has been Silicon Valley’s go-to designer. From the Jawbone fitness tracker and One Laptop per Child to The Frame for Samsung and Herman Miller’s Public Office Landscape, he has consistently woven cutting-edge technology and bold ideas into brilliant, user-friendly creations. Béhar’s success is partly a result of his studio’s “design venture” approach: Even when it isn’t a founding partner of a start-up — as was the case with August, the smart home-entry system Fuseproject has been intimately involved in the full process of designing products that have launched companies. An example is the Snoo robotic bassinet, which soothes and rocks a crying baby to sleep to help alleviate some of the stresses that contribute to postpartum depression; Fuseproject designed it with Dr. Harvey Karp, the California pediatrician and children’s health advocate. Béhar and his brand, though, have begun to think beyond single products.

Recently, they’ve introduced two new housing projects: One is a collaboration with the non-profit New Story and homebuilding-technology company ICON on a 3D-printed neighbourhood in Tabasco, Mexico; the other is a development with Plant Prefab on prefabricated accessory dwelling units (ADUs) to address California’s lack of affordable housing, especially for vulnerable demographics like students and the elderly. In January, Azure caught up with Béhar to talk about tech disruption, his successes and failures and how everyone needs to design more efficiently for the future. 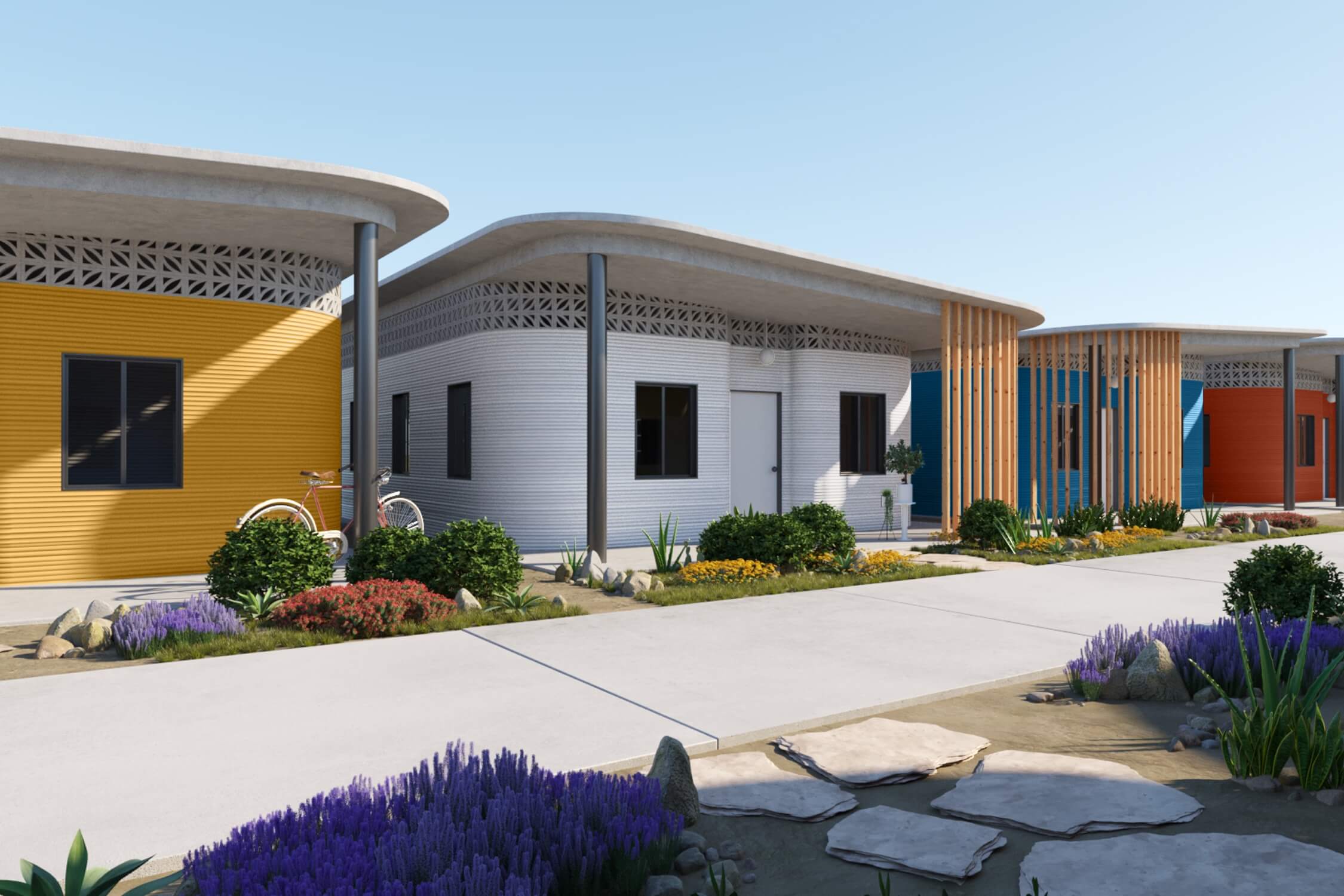 Béhar brought an elevated aesthetic to this 3D-printed-housing project, a collaboration with non-profit New Story. The homes will be built in Tabasco, Mexico.

For years, Fuseproject has been bringing completely new technologies into people’s homes. How has that mission changed over the years?

The smart home is a project that I started on probably 10 or 12 years ago. And it’s still ongoing. But we’re evolving from gadgetry to infrastructure — the everyday functioning of your house — as those technologies are becoming better understood by the consumer, more available, affordable and essential. When you think about the devastating California wildfires caused by climate change, people are realizing they need their own power: You can’t rely on the grid because you can’t afford to be three, four days without power three times a year. Hence, a battery system for self-generating power has become an infrastructural priority for people. From a design standpoint, it means that each product has to be durable, the functionality has to be discrete and easy to use — not something that requires care and feeding. It needs to be an ecosystem. These different technologies need to start working together in a seamless fashion.

You’ve worked a lot with Silicon Valley to generate these products and build entire design ventures from the ground up. You’ve introduced many disruptive designs. How do you feel about disruption today?

I think a lot needs to be disrupted still: From production methods to the problem of overpackaging and single-use packaging, there is a huge need for disruption that the consumer is asking for. Disruption is a neutral word that you can take to a positive or a negative conclusion. But technology often speaks of disruption without acknowledging the issues that come with it. The most important thing start-ups need to do is to own both of those aspects and do their best to mitigate the negatives while promoting the long-term positives. 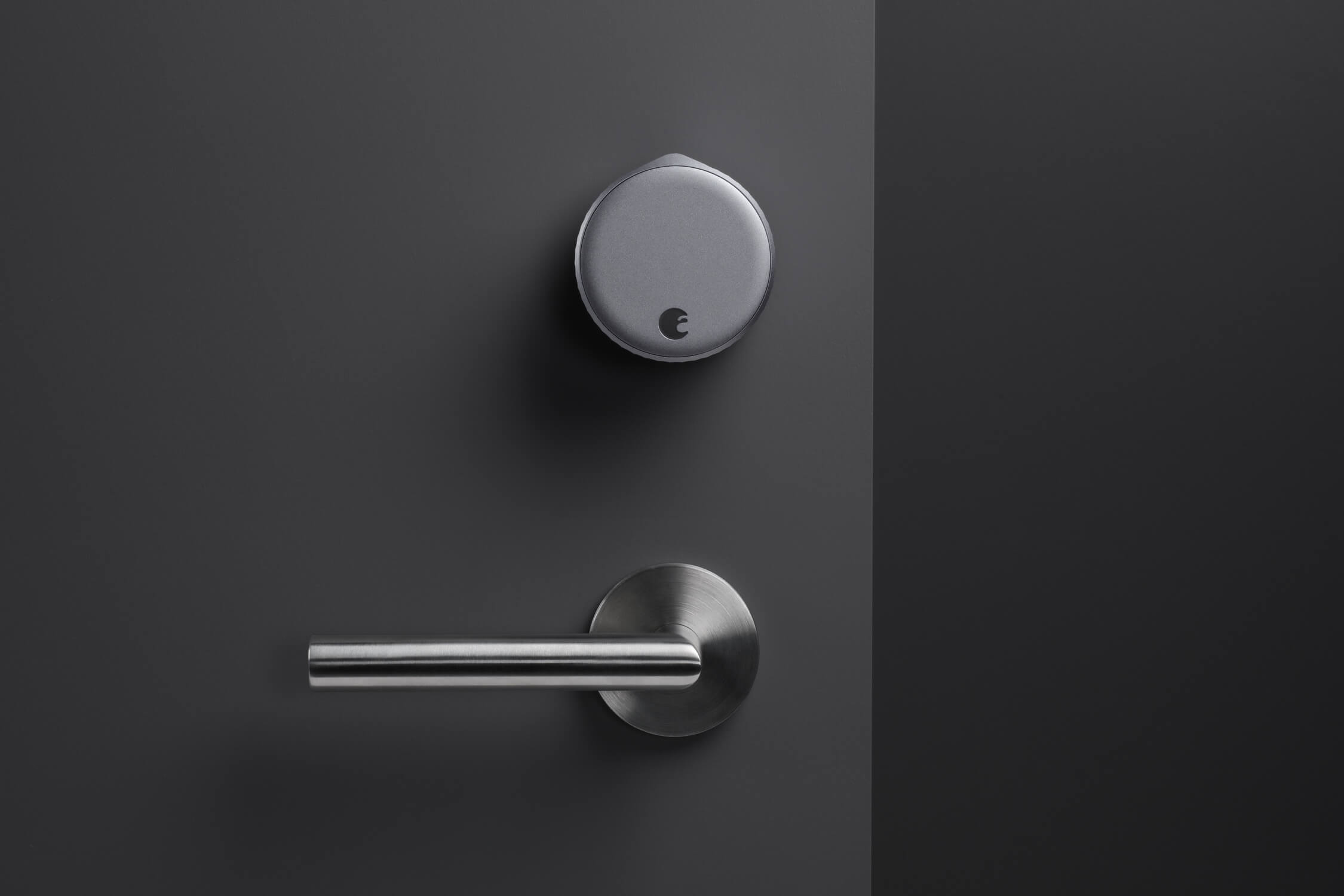 The August keyless lock is cited by Béhar as a successful example of a once-questionable product concept now embraced by consumers.

People are a lot more distrusting of technology these days, especially when it comes to the smart home. How, as a designer, do you confront such skepticism?

I like to say that “design accelerates the adoption of new ideas.” It means that if you’re designing something right, it’s much more likely to become a trusted solution. If you don’t design it well, you can set the field back by years. The electric car was seen as a failure until the right design and the right way to build a car company came about. It’s the same with the August keyless lock, a very foreign idea when we launched it. People should be nervous about having a tech solution for their door access, and yet it’s because we built trust and improved the product that it’s now an experience that people take for granted. There’s no better reward for an entrepreneur, innovator or designer than to develop a whole new construct — a whole new way to experience a part of your life — and see it being widely adopted.

Many of your projects have been supremely successful in this way. Were there any trajectories that really surprised you?

I’ve successfully worked with people who had zero previous experience in technology — for example, with Dr. Harvey Karp in creating the Snoo bassinet. In other cases, I’ve had very mature, experienced and previously successful teams that have failed. What I look for now is people who start from a humanistic point of view and are deeply entrenched and personally passionate. To build very successful companies today, you have to be very close to the need and to customers. This is why I usually advocate for longer user testing, for longer listening in and a greater understanding of your users, because the refinements are going to be immeasurable in terms of achieving success. 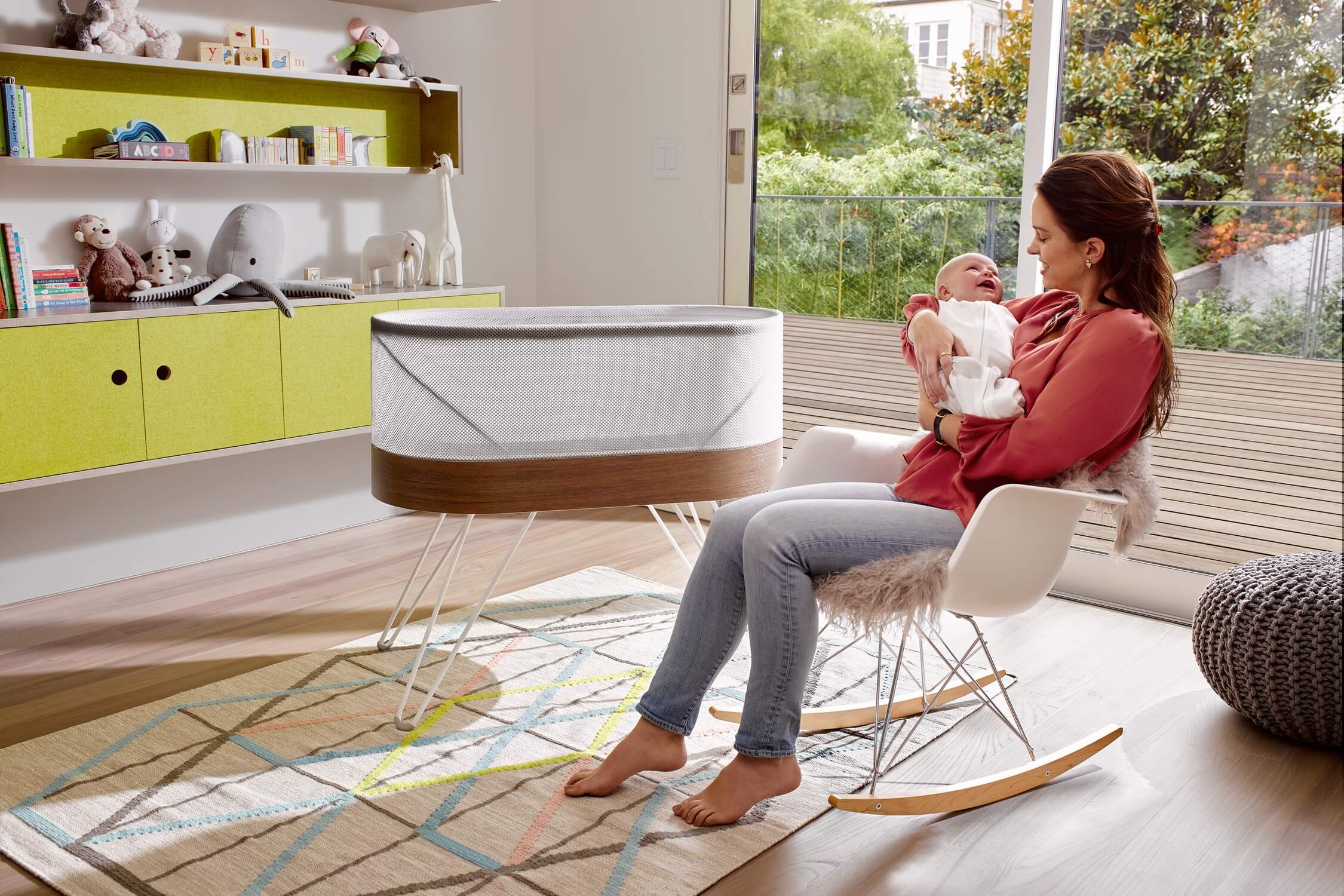 Snoo, a robotic bassinet that rocks a crying infant swaddled in an integrated garment, was developed by Fuseproject with pediatrician Harvey Karp to ameliorate stresses that can exacerbate postpartum depression.

You mentioned failures, so I have to ask about Juicero. What did you learn from that experience?

There have been a number of projects that didn’t succeed — not because they were badly designed, but because, in the rush to go to market, sometimes [poor] decisions are made. Often, honestly, overfunding can put pressure on a start-up. As people put more money into it, the targets get bigger. And I do think that businesses benefit from more of an organic growth in order to better understand the market and needs of the public. To me, Juicero is a good lesson in taking your time, not raising so much money, getting it right. We’re under more scrutiny at Fuseproject because of the visibility of the work we do. Which is fine. I can live with that.

When it comes to the technological aspects of your projects, what does the design process look like? Are you designing the technology itself or are you mostly envisioning the desired outcomes and experiences?

We have a couple technologists on staff — a UI and UX team that’s focused on user experience. We act as kind of creative editors of those technologies. Technologists tend to want to pack a product or experience with technology, but designers want to edit it down to what is essential, what is important. And we find that you want to start with really nailing that experience — nailing what’s called the product– market fit — before you add more complexity to it. 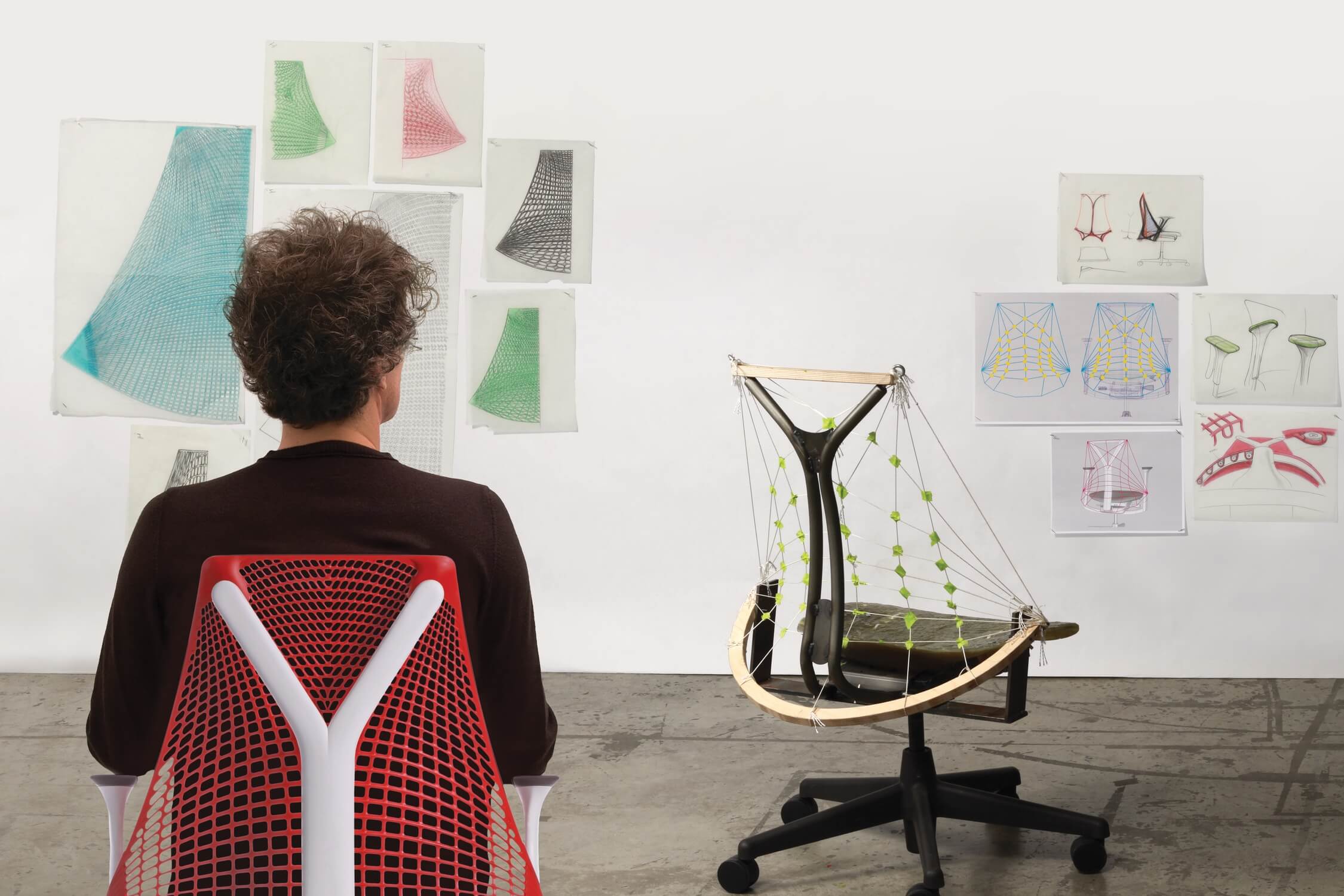 Designed for Herman Miller, the Sayl task chair offers sophisticated ergonomics (including a breathable webbed back) at a relatively affordable price. It’s among the furniture brand’s least expensive office chairs and a popular option in emerging markets.

Your Spring Accelerator initiative is a positively disruptive one: You’ve been giving opportunities to people who haven’t previously had them. How has that initiative evolved since it began?

Design for good is something we’ve also practiced for a long time. The idea of Silicon Valley — and of this ecosystem of venture, technology and creation that exists there — is an idea that’s been exported around the world. It’s an idea that young entrepreneurs are hungry for everywhere I go, whether it’s Switzerland or Uganda or Ghana or Bangladesh — all these places we’ve been able to practice it. It’s a wonderful, important phenomenon to see business creation as well as social entrepreneurship happening, especially among people who have on-the-ground experience and knowledge. I am quite hopeful about this particular concept of social entrepreneurship and venture being a positive one and expanding beyond North America to places in the developing world. 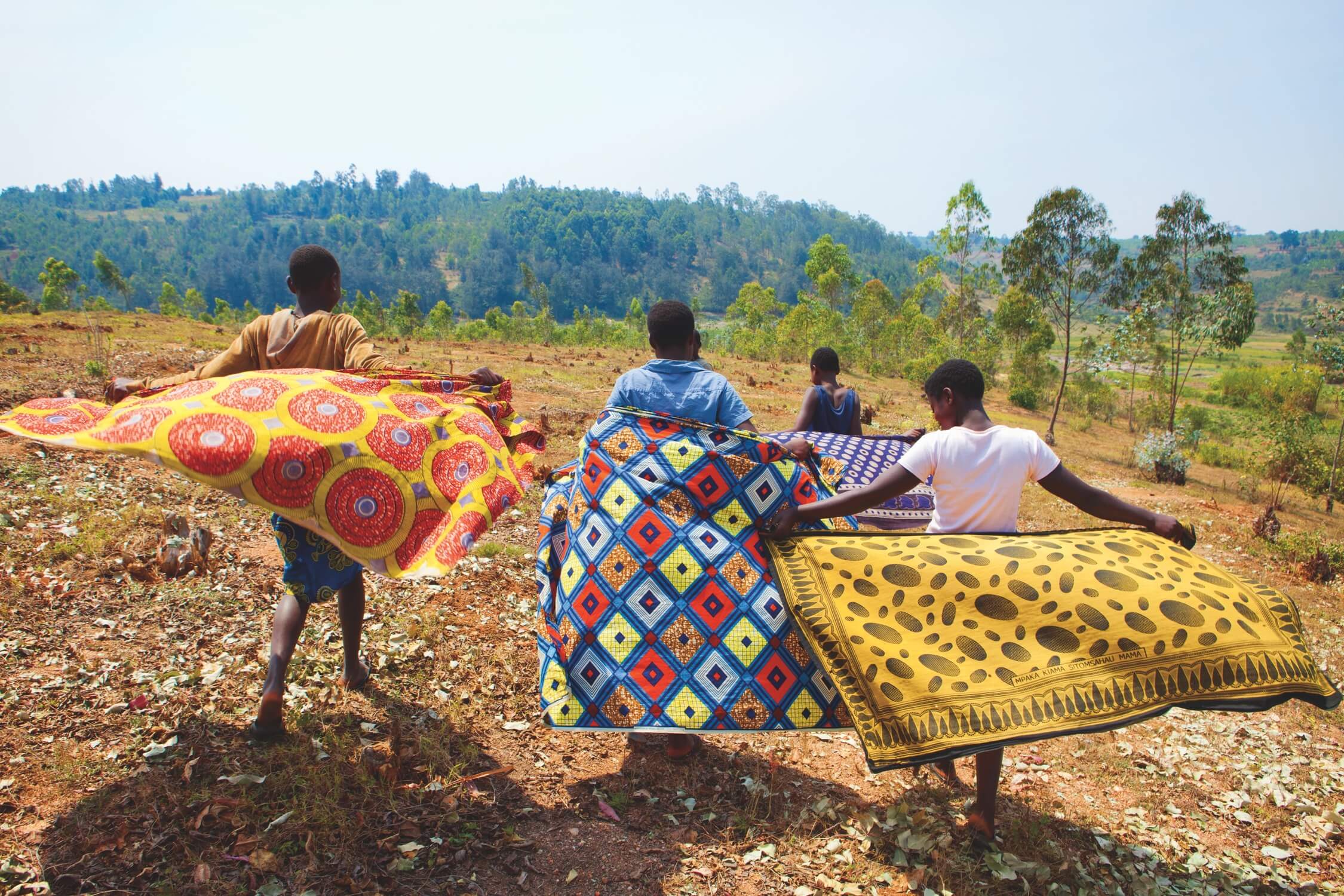 The physical scale of your projects has grown. You’re now doing housing. When we first saw 3D-printed houses coming out of China, they were super ugly.

They were also being shipped from China. If you’re going to 3D print something and then put it on a boat, the efficiency is going to be lost. All of these technologies that are emerging — like factory-constructed prefabs, 3D printing, robotics in furniture for transformable spaces — designers and architects are finding ways to adapt them to very specific problems in relation to their efficiency: prefab for accessory dwelling units (ADUs), 3D-printed homes to solve homelessness. We need to do things more efficiently in this coming decade and there needs to be a real shift in how we think about the manufactured environment, the built environment and consumption. 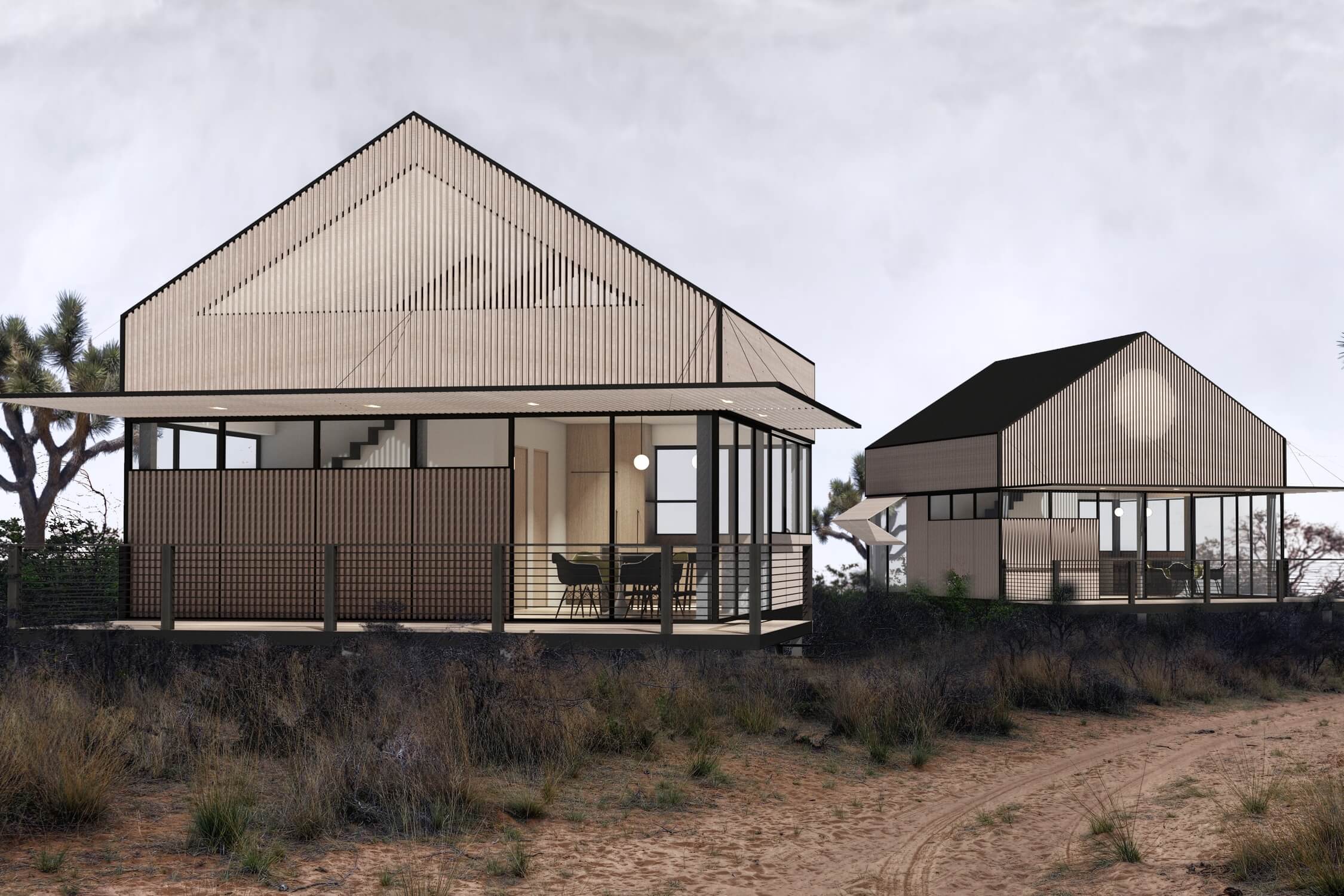 Your projects have not always been centred on new technology. Sometimes, as with your See Better to Learn Better eyewear program, they’re about new ways of thinking.

This is the power of design. Innovation takes many forms. It can be technological, it can be userexperience- based, it can be manufacturing, it can be the distribution system, it can be the service that’s attached to it. We’ve confused the word innovation with technology, but designers have the ability to identify these fundamental needs and shifts in those human needs. To me, technology is just a material. I often say, technology is like fabric: You can shape it into any type of clothing you want or need with any function you want or need. And designers can shape new materials, new technologies, new everything in this way.

After two decades as the tech world’s designer of choice, Fuseproject’s Yves Béhar is moving from gadgets to ecosystems, smart homes to whole neighbourhoods.